The FCC has adopted rules requiring all television sets with picture screens 33 centimeters (13 inches) or larger to be equipped with features to block the display of television programming based upon its rating. This technology is known as the "V-Chip." The V-Chip reads information encoded in the rated program and blocks programs from the set based upon the rating selected by the parent. [News Release on TV Set Requirements and Ratings

In Section 551 of the Telecommunications Act of 1996 Congress gave the broadcasting industry the first opportunity to establish voluntary ratings. The industry established a system for rating programming that contains sexual, violent or other material parents may deem inappropriate and committed to voluntarily broadcast signals containing these ratings. [History of FCC V-Chip proceedings

The rating system, also known as "TV Parental Guidelines," was established by the National Association of Broadcasters, the National Cable Television Association and the Motion Picture Association of America. These ratings are displayed on the television screen for the first 15 seconds of rated programming and, in conjunction with the V-Chip, permit parents to block programming with a certain rating from coming into their home.

TV-Y (All Children -- This program is designed to be appropriate for all children.) Whether animated or live-action, the themes and elements in this program are specifically designed for a very young audience, including children from ages 2-6. This program is not expected to frighten younger children.

TV-Y7 (Directed to Older Children -- This program is designed for children age 7 and above.) It may be more appropriate for children who have acquired the developmental skills needed to distinguish between make-believe and reality. Themes and elements in this program may include mild fantasy or comedic violence, or may frighten children under the age of 7. Therefore, parents may wish to consider the suitability of this program for their very young children. Note: For those programs where fantasy violence may be more intense or more combative than other programs in this category, such programs will be designated TV-Y7-FV. For programs designed for the entire audience, the general categories are:

TV-G (General Audience -- Most parents would find this program suitable for all ages.) Although this rating does not signify a program designed specifically for children, most parents may let younger children watch this program unattended. It contains little or no violence, no strong language and little or no sexual dialogue or situations.

TV-PG (Parental Guidance Suggested -- This program contains material that parents may find unsuitable for younger children.) Many parents may want to watch it with their younger children. The theme itself may call for parental guidance and/or the program contains one or more of the following: moderate violence (V), some sexual situations (S), infrequent coarse language (L), or some suggestive dialogue (D).

TV-14 (Parents Strongly Cautioned -- This program contains some material that many parents would find unsuitable for children under 14 years of age.) Parents are strongly urged to exercise greater care in monitoring this program and are cautioned against letting children under the age of 14 watch unattended. This program contains one or more of the following: intense violence (V), intense sexual situations (S), strong coarse language (L), or intensely suggestive dialogue (D).

TV-MA (Mature Audience Only -- This program is specifically designed to be viewed by adults and therefore may be unsuitable for children under 17.) This program contains one or more of the following: graphic violence (V), explicit sexual activity (S), or crude indecent language (L). 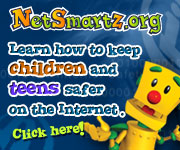 33. Several parties misinterpreted our proposal as extending program blocking technology requirements to computers used to display video programming downloaded from the Internet. However, it was never the Commission's intention to set blocking requirements for such computers. Instead , we only seek to ensure that computer systems used to view NTSC-formatted television signals, whether received over the air, through cable television systems, or from MDS or DBS systems, are also capable of blocking programming that parents do not want their children to view. As stated in the Notice , these requirements are similar to the Commission's policy on closed captioning circuitry with respect to computer systems used as television receivers. (36)

34. Section 551 of the 1996 Act instructs the Commission to require "apparatus designed to receive television signals . . . that have a picture screen 13 inches or greater" to include program blocking technology. Additionally, the Commission must "require that all such apparatus be able to receive the rating signals which have been transmitted by way of line 21 of the vertical blanking interval . . . ." (37) Only computer systems sold with television tuners and a picture screen larger than 13 inches fall into both of these categories. The proposed rules were not intended to apply to computers receiving video transmissions over the Internet or via computer networks. Indeed, V-chip technology is not compatible with the signal formats normally used for transmitting video information over the Internet, and such programming will not be encoded with the TV Parental Guidelines . However, we continue to believe that computer systems that contain an NTSC television tuner and an appropriately sized monitor should be included in our rules. Therefore, we will require that all such apparatus include program blocking technology for use in conjunction with NTSC-formatted video signals. Similarly, we will require that computer systems sold with an appropriately sized monitor and the capability of receiving DTV signals should also be included in our rules. Accordingly, we will require that such apparatus also include blocking technology.

35. In the Notice we stated that plug-in tuner boards that allow personal computers to act as DTV receivers will likely be available. We stated that program blocking capability could be included in these tuner boards quickly and relatively inexpensively. Therefore we proposed to require that all DTV receiver boards include program blocking capability, regardless of whether they are sold with a computer monitor with a viewable picture size of thirteen inches or larger. (38) BSA asserts that the Commission has no authority to impose such regulations on DTV receiver boards because the boards do not fall under the scope of Section 551(c); specifically, the boards do not have a picture screen thirteen inches or greater in size. Furthermore, BSA states that the Commission has not justified the need for a special rule for DTV receiver boards. Similarly, CEMA argues that DTV receiver boards be exempt from program blocking regulations unless sold with a television monitor.

36. In view of the arguments raised, we agree that separately sold plug-in DTV tuner boards do not meet the criteria for inclusion in the category of devices covered under the Communications Act. In order to maintain consistency in the interpretation of our rules we believe that these DTV tuner boards should be treated in a similar manner as plug-in analog tuner boards. (39) Therefore, we will not require these components to include program blocking circuitry.

Section 551 of the Telecom Act required the FCC to implement regulations requiring v-chips in TVs.  The v-chips would be programmed by the user to block content according to designated ratings of shows.  News reports began to circulate suggesting that by the definitions suggested by the FCC in its Notice of Proposed Rulemaking, v-chip obligations would fall upon the manufacturers of computer monitors used to receive Internet video "broadcasts."

In response to a flurry of concern that the FCC would be engaged in blocking Internet content, the FCC clarified that the v-chip would not be required for Internet broadcasts.  It stated in a press release:  "The Commission is requiring that personal computers that include a television tuner and an appropriately sized monitor must also include v-chip technology. However, the order makes it clear that this requirement applies only to broadcast transmissions and does not apply to video transmissions delivered over the Internet or via computer networks."  FCC Press Release March 12, 1998.

You can file comments as follows:

"Comments, and reply comments will be available for public inspection during regular business hours in the FCC Reference Center of the Federal Communications Commission, Room 239, 1919 M Street, N.W., Washington, D.C. 20554."

The summary from the NPRM and the relevant language

In the Matter
Technical Requirements to Enable Blocking
of Video Programming based on Program Ratings
Implementation of Sections 551(c), (d) and
(e) of the Telecommunications Act of 1996

1. By this action, we propose to amend Part 15 of our Rules to require that most television receivers be equipped with features that enable viewers to block the display of video programming with a common rating. In addition, we propose to amend Parts 73, 74 and 76 of our Rules to ensure the ratings information that is associated with a particular video program is not deleted from transmission by broadcast television stations, low power television stations, television translator and booster stations, and cable television systems. We also propose that similar requirements should be placed on other services that can be used to distribute video programming to the home, such as Multipoint Distribution Service (MDS) and Direct Broadcast Satellite Service (DBS). We take this action in response to the Parental Choice in Television Programming requirements contained in Sections 551(c), (d), and (e) of the Telecommunications Act of 1996 (the Telecommunications Act), which amended Sections 303 and 330 of the Communications Act of 1934.

2. The proposals contained in this Notice of Proposed Rulemaking are intended to give parents the ability to block video programming that they do not want their children to watch. They are also intended to provide a regulatory framework that will accommodate the possible development and use of multiple ratings systems, giving parents the flexibility to choose the ratings system that best meets their needs.

22. Other Television Receiving Apparatus. We recognize that most video programming today is viewed on television broadcast receivers. . . . In addition, personal computer systems, which are not traditionally thought of as television receivers, are already being sold with the capability to view television and other video programming. Section 551(c) of the Telecommunications Act makes it clear that the program blocking requirements were intended to apply to any "apparatus designed to receive television signals" that has a picture screen of 13 inches or larger. Accordingly, we believe that the program blocking requirements we are proposing should apply to any television receiver meeting the screen size requirements, regardless of whether it is designed to receive video programming that is distributed only through cable television systems, MDS, DBS, or by some other distribution system. These requirements would also apply to any computer that is sold with TV receiver capability and a monitor that has a viewable picture size of 13 inches or larger, as we currently do for closed captioning.

29. For further information concerning this Notice of Proposed Rulemaking, contact Neal McNeil, Office of Engineering & Technology, at 2408, via internet email at nmcneil.

SUMMARY: By this Notice of Proposed Rule Making ("NPRM"), the Commission proposes to amend its rules to require that most television receivers be equipped with features that enable viewers to block the display of video programming with a common rating. Furthermore, the Commission proposes to amend its rules to ensure the ratings information that is associated with a particular video program is not deleted from transmission by broadcast television stations, low power television stations, television translator and booster stations, and cable television systems. The Commission also proposes that similar requirements should be placed on other services that can be used to distribute video programming to the home, such as Multipoint Distribution Services (MDS) and Direct Broadcast Satellite Service (DBS). This action is taken in response to the Parental Choice in Television Programming requirements contained in section 551 (c), (d), and (e) of the Telecommunications Act of 1996 (Pub. L. No. 104-104, 111 Stat. 56), which amended sections 303 and 330 of the Communications Act of 1934 (47 U.S.C. 303 and 330). The proposals contained in this NPRM are intended to give parents the ability to block video programming that they do not want their children to watch. (62 Fed.Reg. 52677)